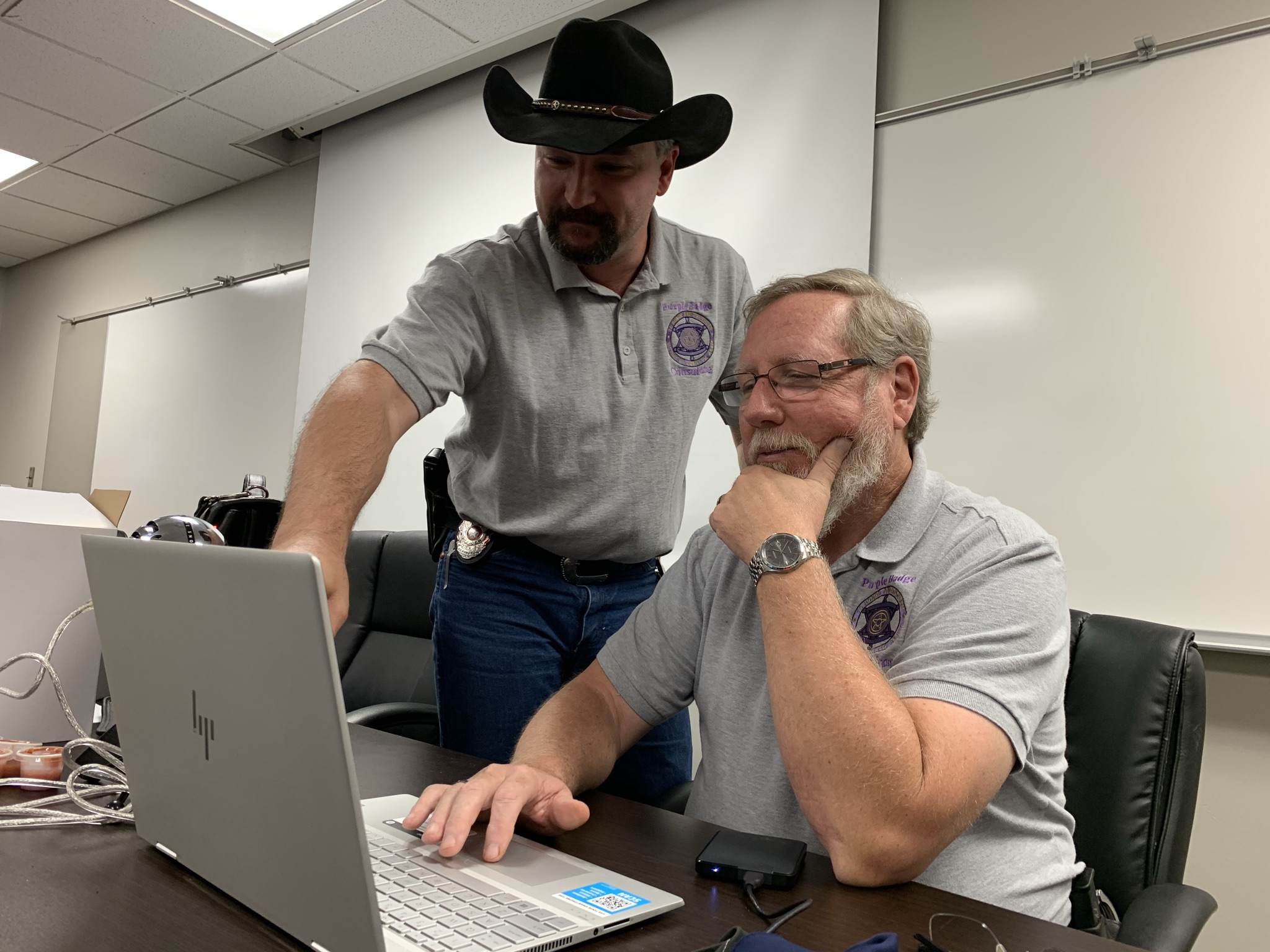 Ronnie and Ray have partnered with other motivated experts in the field of violence against women to present training on all aspects of investigation and prosecution. Ronnie and Ray have more than 50 years of combined law enforcement experience and have been presenting together for more than a decade. Their audiences include advocacy and law enforcement agencies across the state of Oklahoma, the Conference on Crimes Against Women in Dallas, Texas and the International Association of Chiefs of Police. Ronnie and Ray have both been recognized by the State of Oklahoma for their service to victims and survivors of crimes against women.

Raymond “Ray” Goins started his law enforcement career in the United States Army as a Military Policeman. After parting from the service Ray went to work in the private sector with a credit card company as a telephone collection representative and worked his way to manager of Exception Processing.  He returned to law enforcement after three years taking a position with the Roswell, New Mexico Police Department as a patrol officer.  In March of 1997, Ray was hired by the Norman, Oklahoma Police Department where he held positions as Police Officer, Master Police Officer, Sergeant, Forensic Detective and Detective.

Ray retired from the Norman Police Department in July of 2020.  Since retirement, Ray has taken a position of Reserve Deputy with the Grady County Sheriff’s Office and is now a member of the Grady County Coordinated Community Response Team.

Ronnie is a veteran officer with over 20 years of experience. He was with the Pottawatomie and Cleveland County Sheriff’s Offices, as well as the Citizen Potawatomi Nation Tribal Police Department.  While serving he has been assigned duties such as a Technical Investigator (CSI), Field Supervisor, CID Supervisor, Field Training Officer and Training Instructor, specializing in domestic violence instruction.

Ret. Captain Johnson has been certified by the Federal Law Enforcement Training Center (FLETC) as a domestic violence instructor and is a State of Oklahoma (CLEET) certified basic instructor. In his investigative position, Ret. Captain Johnson investigated all reported intimate partner domestic violence related crimes. He oversaw the Criminal Investigation Division as well as other divisions, such as Records, Civil and Communications, Courthouse Security, and Property/Custody. He has served as the acting Chief Deputy in his absences, leading approximately 100 personnel.

He is currently a co-owner of Purple Badge Consulting and the assistant chief for the Lexington Police Department.

To get in touch with us please click the button below!